Platforms: The digital supreme discipline on the stock exchange

By Holger Schmidt and Hamidreza Hosseini

Not just the best product, but the right business model determines success or failure in today’s digital markets. Apple could outperform Nokia in the past, due to the changing the business model based on product platform. The interactions around the iPhone has been transformed into one and more platforms with the two million applications from the App Store and all other Ecosystems around the business model. Later on, Amazon could outperform the online competition based on the platform strategy with three million retailers created a superior offering. The platform businesses have taken the lead in almost all digital consumer markets:  Amazon and Alibaba in retail, Google in search and advertising, Facebook and Tencent in communication and external applications from the ecosystems, Netflix in media streaming and PayPal in payment. After decades where oil companies and banks have dominated the rankings of the most valuable worldwide companies, seven of the ten most valuable companies worldwide now operate according to this business model.

Some of the essential characteristics or secrets of the modern generation of the platform businesses are:

The platform index has been developed in 2016 to measure and reflect the superiority of this business model on the stock markets. The platform index composition contains 15 stocks that correspond to the modern generation of the platform business models: Beside the top prime companies Amazon, Alphabet, Facebook, Microsoft, Alibaba and Tencent, the index currently also includes Netflix, PayPal, Dropbox, Naspers, Baidu, Weibo, Booking Holding, Etsy and Twilio. The value of the stocks is currently weighted according to their market capitalization value. Since the start of the initial set-up four years ago, the index has obtained more than 200 percent in value and hereby clearly outperformed the benchmark indices Nasdaq Composite, Dow Jones Industrial and the German DAX Performance Index 30[1].

Since platforms do not have own assets, they usually require less capital and fewer employees, but grow about twice as profitable as classic companies of a comparable size do.

Platforms also reinforce their superiority in facts: The ten largest platform companies in the world have increased their overall combined revenues from 450 to 1500 billion USD dollars in the past decade. In the same period, their profits have been raised to more than 200 billion USD dollars. The platforms are now investing the profit (mainly earned with online advertising, cloud services or commission fees) in the next technology trends like artificial intelligence, voice and image recognition, self-driving cars or quantum computing. This will improve their market dominance and traditional companies can hardly keep pace with these investment volumes, especially after the COVID-19 crisis.

At the end of June 2020, the worldwide top 100 most valuable platforms had reached a value of 10.8 trillion USD dollars, 20 percent more than at the beginning of the year. The US-Companies are leading the list with two thirds of these values. Nevertheless, the greatest momentum is currently determined in Asia: This region now accounts for the majority of the top 100 platforms. Asia is already expanding the B2B markets, while Europe is not currently able to keep up in the B2C markets or in its traditional strength in the B2B industries. Europe has overslept this market development. Beside the positive examples like Spotify (Sweden) or Adyen (Netherlands) not a single company among the top 15 platform stocks in the index from Europe.

Around 10 percent of global GDP has been shifted to the platform markets over the past ten years in according to leading universities and research institutes like CGE or MIT. In addition to the relocation of untapped large B2C markets such as finance, real estate, education, health or energy, this figure could rise to 35-45 percent in the upcoming years. B2B platforms as the next big wave could shift the geographical focus in the index to Asia. Many large B2B platforms have been established in Asia and many of them have received triple-digit million venture capital. Most of them are still unknown outside Asia. Some of them could become the Amazon of the B2B world and they are called “Made in China”, “Indiamart”, “Global Sources”, “MakePolo”, “Ouyeel”, “Zhaogang”, “Zhenkunhang” or “Meicai”.

The growth potential for platforms is therefore very large and offers enough opportunities even for smaller companies outside the Big 7 (Google, Apple, Facebook, Amazon, Microsoft, Alibaba, Tencent). The list of platforms underlines this matter whose share prices rose the most in the first half of 2020. 8 companies have more than doubled their value in these six months. For this purpose: 6 of the top 10 companies are from Asia. The next major version of the platform index will be expanded to 25 stocks with a stronger weighting of Asian stocks.

The criticism of the platforms has also grown with their success. They are accused of abusing their dominant market position, as well as of tax avoidance, unfair working conditions and blocking market entry for new entrants. The antitrust regulatory instances are watching the development of the big platforms. Many politicians are calling for their regulation or destruction. Unlike the monopolies in earlier days, platforms do not harm consumers through excessive prices or production shortages. Regulation that may could endanger the business model is not to be expected as long as market entry is possible for new entrants. However, there is a need for clear governance and regulation in the long term, that also ensure clear rules of the platform future in order to create fair competitive conditions and market entries.

[1] DAX Performance Index reflects to 30 most valuable companies in Germany
Share:
About the authors: 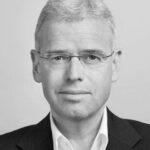 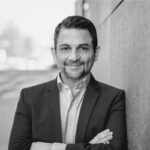 Direct-To-Consumer (or DTC) companies manufacture and ship their products directly to buyers without relying on traditional stores or other middlemen. This allows DTC companies to sell their products at lower costs than traditional consumer brands, and maintain end-to-end control over the making, marketing, and distribution of products. 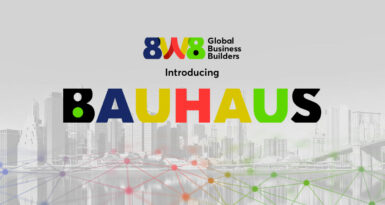 The last three-plus Coronavirus months have been challenging in one way or another for almost all of us. I mentioned in my post ‘Never waste a crisis’ back at the beginning that I am going to ‘walk the walk’ and will be ‘doubling down’ on myself empowering others. 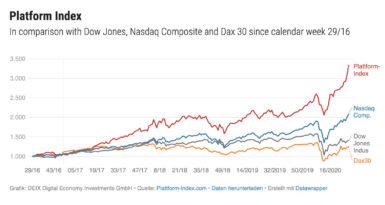 Not just the best product, but the right business model determines success or failure in today’s digital markets. Apple could outperform Nokia in the past, due to the changing the business model based on product platform. The interactions around the iPhone has been transformed into one and more platforms with the two million applications from the App Store and all other Ecosystems around the business model. Later on, Amazon could outperform the online competition based on the platform strategy with three million retailers created a superior offering.

Read More
Start a relationship with us in a complex world
and join our irregular newsletter: